There was a time when we had to struggle hard to find answers to any typical question. One option was considering books. Can you imagine how difficult it was to read several books just to find answers to some simple questions? Another option was to collect information from people. This was also very annoying and time consuming.

Then came the era of the Internet, which made our life as simple as we can imagine. After the introduction of the internet, the term “Google” became the solution to every problem. All we need to do is search Google and all our problems will be solved in a few seconds.

1) Google is a top-ranked search engine in the world.

2) Google was developed by Larry Page and Sergey Brin.

3) The development was started in 1996 however; the company was officially incorporated on 4 September 1998.

5) The name Google was adopted from the word Googol (1 followed by 100 zeroes).

6) Google provides a wide variety of features that help us to stay connected with society.

7) Advertising is a major source of revenue for Google.

9) The Page Rank algorithm of Google differentiates it from other search engines.

10) Sunder Pichai is the current CEO of Google.

Long Essay on Google in English

Here, I’m presenting an essay on Google. Every human is well aware of this term but to know the detailed information about this topic you need to go through this essay.

Many of us are unaware of the wide variety of services offered by Google. However, most of the Google Applications are designed according to users’ needs. This is the major reason Google is ranked as the best company in magazines. They always try to customize their services by keeping users’ requirements as their center.

Google- The Era Of Simplification

Google is a multinational company that provides various internet-based services to customers. It is counted among the top five information technology industries of the world. Although the company is most popular as a search engine. As a search engine, the main motive of Google is to provide the most relevant results of the search. It is the most famous search engine in the world.

The term Google became very popular and significant that it can also be used as a verb. The main aim of Google is to “organize the world’s information and make it universally accessible and useful”. Searching and accessing this information is much easier, only one needs to have an Internet connection. Google makes a huge amount of revenue by advertising.

They named the new search engine “BackRub”. The concept of page rank influenced the market. Afterward, they changed the name to Google, which was inspired by the term “Googol” meaning 1 followed by 100 zeroes. They used this term to signify that the large number of information will be provided by the search engine.

On 15th September 1997, the Google domain www.google.com was registered. And on 4th September 1998, the company was officially incorporated. In 2015 Google changed his name to Alphabet.inc which is working as a parent company for Google and its subsidiaries.

A wide variety of applications is provided by Google. Some of them are listed below:

Products And Services Of Google

Google offers more than 50 internet services today. It provides many other services but the most popular service is a search engine. Due to which most people know its existence. Some of the most popular products and services of Google are as follows:

What Made Google Unique From Other Search Engines?

The technique to sort the searched results made Google unique from the traditional search engines.

This algorithm provides better results and hence helped Google to become the top search engine in the world.

Google is a fast-growing organization that left its competitors behind. Yahoo and Microsoft are the most famous rivals of Google. Not once but twice, Yahoo refused to accept Google as it wanted to expand its own business. Yahoo failed to compete in the market which resulted in a complete shutdown. In most mobile phones especially in India, Google apps are added as inbuilt.

I hope the above given essay on Google would be helpful for you to increase your knowledge.

Q.1 Which is the first Google phone?

Q.2 Where is the headquarter of Google?

Ans. The headquarter of Google is located in Mountain View, California.

Q.3 Who was the first person employed in Google?

Ans. Craig Silverstein, Stanford’s Ph.D. student, was appointed as the first employee in Google  as the Director of Technology.

Q.4 Who was the first CEO of Google?

Ans. Eric Schmidt was the first CEO of Google. 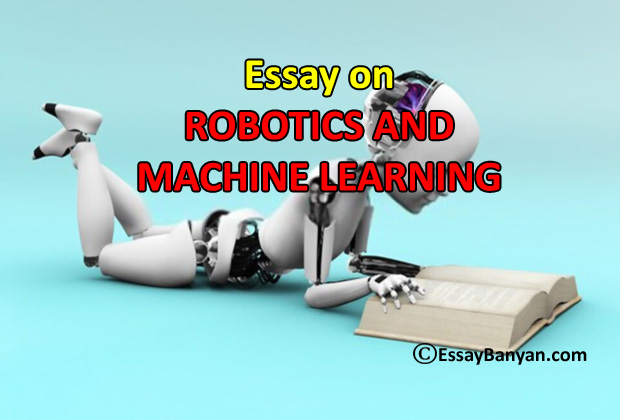