Science and technology have led to marvelous discoveries in the world. The life of man has changed to a modern man from a nomadic traveler and this has been possible only because of technology. The advancement in technology has resulted in the development of tools and machinery ranging from simple ones to highly complex ones. This has made our life easier as well as comfortable. We could not imagine our life at present without these tools and technologies. There are new inventions in different sectors taking place every now and then. Hyperloop is also one of the newest emerging technologies that still have to be executed.

1) Hyperloop is the newest and fastest mode of transportation.

2) The pod (capsules), metallic tube and terminals constitute the Hyperloop.

4) This idea was further developed by Elon Musk (CEO of SpaceX).

5) The estimated speed of Hyperloop is about 1220 km per hour.

6) Passengers could feel dizzy due to high speed.

7) In November 2020, the first human trial of hyperloops was done by Virgin Hyperloop.

8) It consumes less energy and is environmentally friendly.

9) Hyperloops are designed in such a way that they are free from collision and are weather resistant.

10) By seeing its efficiency, it is termed as “fifth mode of transportation”.

Long Essay on Hyperloop in English

I have elaborated on this technology in detail in the form of a long essay. It is an important topic on the basis of competitive exams. I hope that this might aid the students of all classes to be able to understand and get an idea of writing essays, assignments and projects on this topic.

1600 Words Essay- Hyperloop: A New Innovation as a Vehicle of Land Transportation

The invention of different means of transportation on land, air and water has been a boon to entire humanity. It took a lot of time and effort to reach from one place to another when there were only bullock carts. The advancement in technology gradually resulted in the development of different vehicles on land, air, and water. Have you heard about the Hyperloop? Hyperloop is also a new innovation as a vehicle of land transportation. There might be several questions in your mind related to Hyperloop and that will be answered in the essay provided below.

Hyperloop is a proposed mode of transportation that will be crash-free, less power-consuming, and possess an ultra-high travelling speed. It is meant for carrying both passengers and goods. This form of transportation after execution in the coming future will prove itself to be very beneficial for the people of the world. The time in traveling larger distances will be reduced with the evolution of this technology. This technology states that the train will travel in tubes that will have less air pressure and thus no friction. The entire system will be controlled electrically and hence an environment-friendly concept.

Life at present is moving at a very fast pace. People do not want to waste their time and be efficient in their schedule and work. The development of the Hyperloop will be beneficial for the people who have to travel to larger distances. People have to face traffic issues while travelling larger distances and thus they often reach late to their desired destination. Moreover, there has been no development taken place in railway technology. The trains move on track and thus have to overcome surplus friction and thus require more energy for transportation. The development of the Hyperloop in future will be a technology that will move very fast with no friction and air resistance.

The development of very fast speed means of transportation will be a boon for mankind. There are several advantages associated with the development of this technology and those are discussed below:

The scenario of Hyperloop in India

India needed development in the means of transportation and thus in the year 2017, the NITI Aayog (National Institution for Transforming India) had confirmed six proposals that were put up by the Ministry of Transport. The ministry fostered the need for improvement in the public transport system and wanted the implementation of new transportation measures.

The proposal was signed for approving the execution of six technologies and they are hyperloop, metrino, pod taxis, stadler buses, hybrid buses, and freight railroads. Later in the year 2018, Maharashtra state made an agreement with the virgin group to carry on the project for designing of hyperloop from Mumbai to Pune. The advent of hyperloop on this way will make this travel of 3 hours only. Recently, India is planning to launch the Hyperloop earlier than the United Arab Emirates but still requires this technology needs 3-4 years to be executed in reality in the nation.

Impact of Hyperloop Technology on System of Transportation and Society

Hyperloop technology will be a boon for society. This will enable the people in the society to travel to longer hours of people in a few minutes with an ultra-high-speed. Moreover, the departure frequency of the hyperloop will be high and thus people do not have to wait as they wait for the arrival of trains. This will enhance the chances of job opportunities and the tourism sector.

Hyperloop will reduce the distances from distant places. The distant places in this way can be linked to the main cities as the hyperloop will take very little time to reach from one place to another.  It uses solar power and utilizes solar panels to produce electricity that is a cost-effective method. This states that the fare charges will be less than that of the bullet train fare. Hyperloop will also carry goods and thus result in delivery of goods on time.

Is Hyperloop the Fastest Technology on Land?

Hyperloop after being executed in the coming years will probably be the fastest technology on land. It is faster than trains and airplanes. It will move at a speed that is two times the speed of a plane. It is supposed to travel at a speed of 1200 km/hr after it is successfully executed in the world. There is no such innovative technology in the world till present. Yet, there are some challenges associated with implementing this technology in reality, and this need to be tackled for making it a most marvelous mode of transportation on land.

Hyperloop is now the most awaited means of transportation for being executed in reality. The transportation facility of such type is the dire need of the hour. It is because this technology operates in an environment-friendly way. The rising pollution and vehicular emissions and noise pollution are becoming dangerous for the environment day by day. The advent of technology causing no pollution and emission will be a boon for humanity. I expect that the essay might have been interesting and have quenched your curiosity regarding Hyperloop.

I hope that after reading this you will be able to explain and write about this technology without facing any kind of hurdles.

Q.1 What is the fastest estimated speed of the hyperloop?

Ans. The fastest estimated speed of the hyperloop is 1220 km/hr.

Q.2 Is turning possible by the hyperloop?

Ans. The process of turning is difficult for the hyperloop and thus it will travel straight.

Q.3 Which country in the world is expected to have the first hyperloop?

Ans. India with the execution of the hyperloop from Mumbai to Pune is expected to have the first hyperloop.

Q.4 How many companies in the world are working on Hyperloop technology?

Ans. There are about 15 countries in the world that are working on Hyperloop technology. 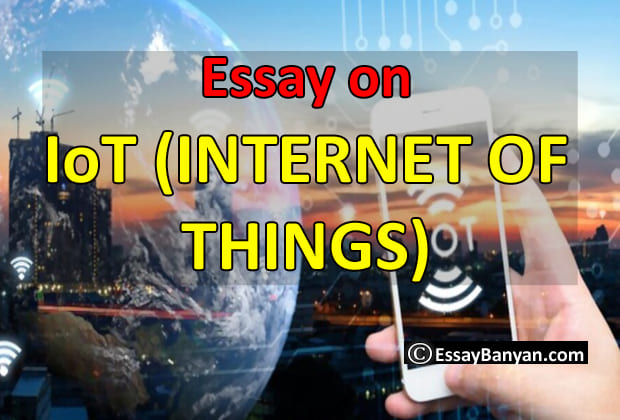